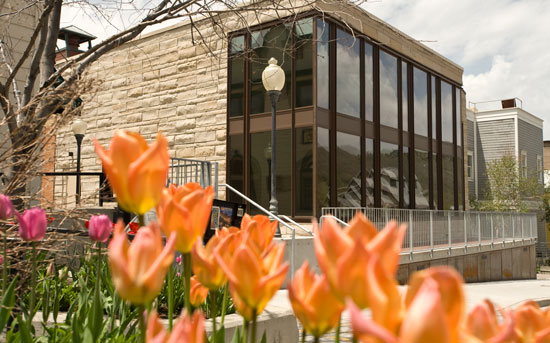 Park City offers the perfect setting to enjoy fine art in dozens of attractive galleries. On the last Friday of each month, take part in the Gallery Stroll, a wonderful evening of art, hors d'oeuvres and live music. The Stroll begins at the Kimball Art Center located at 638 Park Avenue, in the heart of historic Park City, and runs from 6 to 9 pm.

Twenty-five galleries participate each month, many of the galleries have artists on hand to meet the public. Twenty-two of the galleries are located on historic Main Street, two on nearby Iron Horse Drive, and one gallery can be found at Redstone in Kimball Junction. Your map and ticket may be purchased at the Kimball. Admission is $5.

The Park City Gallery Association's 25 galleries offer a variety of top quality art sure to appeal to your individual taste! Visit www.kimball-art.org for more info.

The Park City Film Council is dedicated to providing to the residents of Park City and the surrounding area opportunities to experience and view motion pictures not normally available through commercial outlets in the Summit County area. It will also strive to bring viewers the opportunity to experience and view films which have obtained recognition as unique and exceptional cinematic efforts that have not been exhibited in our area. Films are shown at the Jim Santy Auditorium, 1255 Park Avenue, at 8:00 p.m. on Fridays and Saturdays. Films are shown weekends between September and June. Call 435-615-8291 for more information or visit www.parkcityfilmseries.com.

Live theatrical performances have long been a centerpiece of Park City culture, even in the rough and tumble days of active mining. In the late 1880’s, the impressive sum of $30,000 was raised by subscription to build the ornate Opera House that housed touring companies. On a warm June night in 1898, fire roared from the American Hotel and quickly threatened to consume the town. Despite the assistance of fire companies from as far away as Ogden, most of the town was demolished and the Opera House was gutted.

With the rebirth of Park City as a ski and resort town in the 60’s, the Egyptian continued to present live theatre, though old fashioned “meller dramas” were the most consistent fare. In 1978 the buildings architectural integrity was threatened. Preservation of it’s distinctive Egyptian feature was achieved in 1981 when the building became home to Park City Performances. Live theatre of all genres began to be presented on the boards of the theatre. By the mid 90’s, the building was in need of major repair and renovation. Save Our Stage was formed by a few community-minded individuals who raised the funding for a major facelift to restore the building to its former glory. The theatre reopened February 14, 1998.