Music in the Mountains

Summertime at Deer Valley Resort also brings the Utah Symphony & Opera, held in the Outdoor Amphitheater at Snow Park Lodge. The Utah Symphony is one of only 19 full-time, professional orchestras in the United States, and is best recognized internationally through its great recording legacy. From its early beginnings in 1940, with 5 concerts performed by 52 part-time musicians, the 83-member orchestra now performs over 200 concerts each year. www.utahsymphony.org 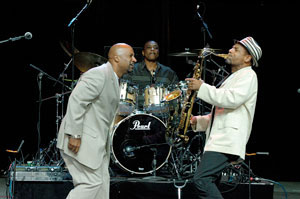 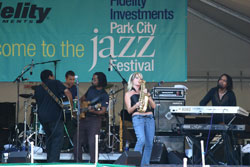 Concerts At The Canyons Resort

Concerts at The Canyons welcomes many professional acts that have included Buckweat Zydeco, Sonny Landreth, String Cheese Incident, Green Day, and Collective Soul. These concerts are held in The Canyon's Village Forum are which features a covered stage, concessions, beer garden, plenty of seating, fire pit, and a large sculpture that is the center piece of the forum. www.thecanyons.com

Concert In The Park

Mountain Town Stages is a non-profit organization. They exist to foster and support an internationally recognized musical community in our beautiful mountain setting. They are working to establish Park City as a musical destination for visitors and make the hills alive with music for residents - Like a stationary cruise ship. The programs add to the overall festive atmosphere experienced by locals and visitors. They are striving to create a mountain musical Shangri-la. www.mountaintownstages.com